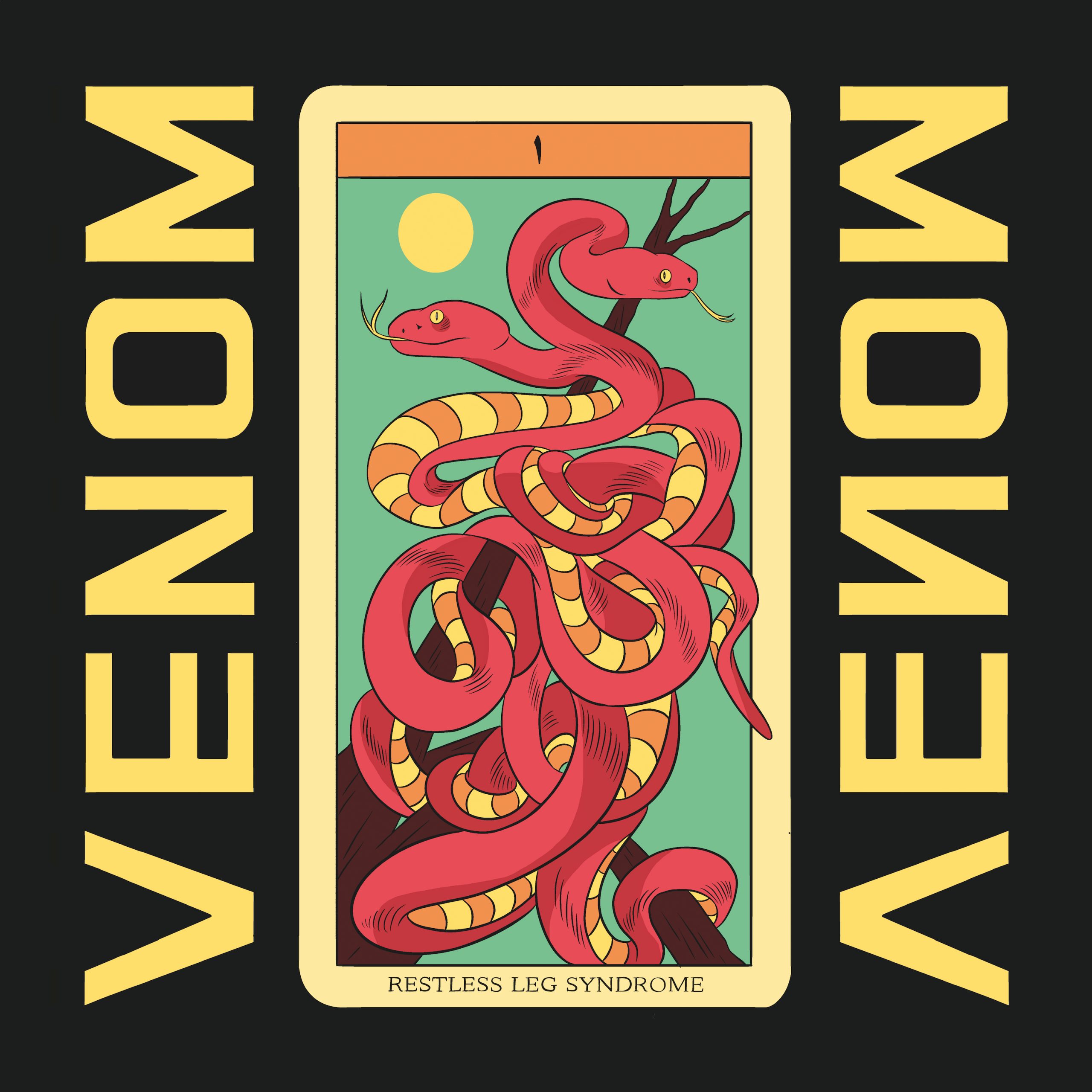 Known for their head-bopping, hip-thrusting, zalghouta-inducing tunes, Restless Leg Syndrome seamlessly fuse Western and Middle Eastern references in their work. Their tastefully-crafted mélange strikes a nerve, with a trace of nostalgia for an ever-growing diaspora and a hint of excitement to the unfamiliar ear. The Vienna-based group is comprised of longtime DJ and producer d.b.h and turntable maestros Chrisfader and Testa. A seasoned enthusiast of Lebanese music, d.b.h provided the influence for their critically acclaimed second EP “Dabkeh”. The EP paid tribute to the iconic Mediterranean form of line-dancing, by flipping samples of Lebanese music into irresistibly groovy beats.

The group began working loosely on their upcoming project over a year and a half ago. The onslaught of the pandemic shot prospects for gigs short and the guys found themselves in the studio five days a week. With busy schedules cleared up, RLS locked down and started focusing full-throttle on the music. Since the release of “Dabkeh”, the guys have toured the region and dug up an expansive library of records. Their newest body of work samples gems from Egypt, Jordan, Algeria, Morocco, Irak and Lebanon, really highlighting a natural development and maturity through its subtlety and diversity of its references.

Restless Leg Syndrome will release a compilation of four EPs in the next few months, with the result truly a community effort. Artworks for the tracks are in collaboration with Lebanese talents Ashekman, a graffiti veteran, and illustrator Raphaelle Macaron. The trio stumbled across 80’s Lebanese electro-pop star Emaad Sayyah living in Austria and proceeded to work together in his studio as well as sampling his previous work.

Their first EP “Venom” cinematically takes off with classical Arabic melodies and distinct sounds coupled with RLS’s signature electronic bounce. The latter half of the EP introduces a fat bass and a tasteful sample selection coupled with crisp synth sounds highlighting the trios’ affinity for Hip Hop.

Restless Leg Syndrome is dropping the first of four digital EPs in the beginning of the year followed by a release every couple of weeks and ending with an exclusive double-vinyl release.

The second EP „Falcon“ will be released in February 2021.